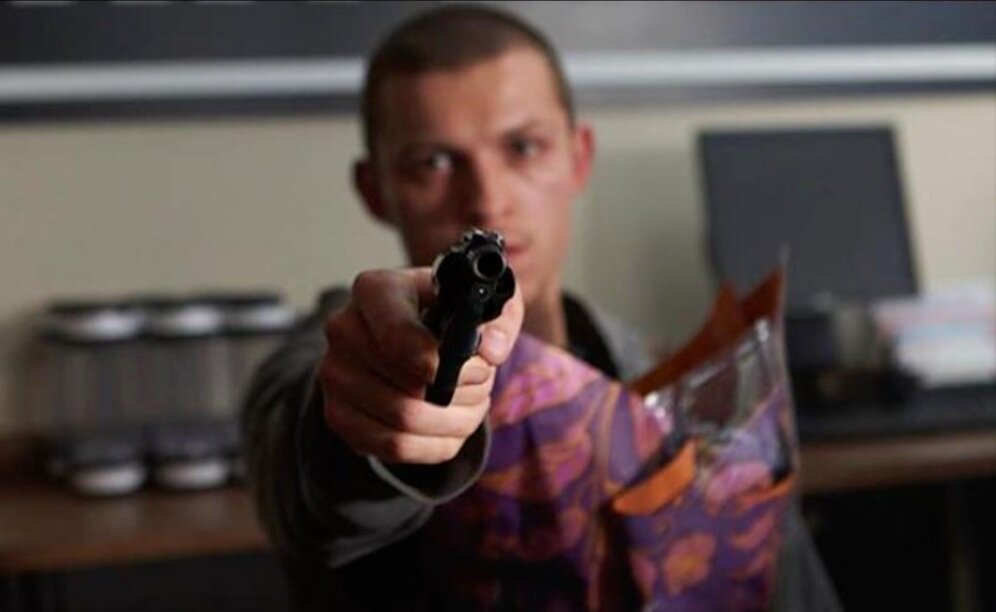 Apple has made a major deal, in the high $40 Million range, to acquire the rights to the adapted film Cherry. The movie is based on the novel by Nico Walker, and it tells his story of war, love, PTSD, and drug addiction. This is the first directing job for Joe and Anthony Russo since making Avengers: Endgame, and it stars Tom Holland and Ciara Bravo. The film has already finished shooting, and is set to become an awards contender.

The film follows Nico (Holland) in his first year of college in Cleveland, where he is aimless until meeting Emily (Bravo). They fall in love, then she breaks up with him, and he impulsively decides to join the Army. She then runs back to him and tells him she made a mistake, and they belong together. He heads off to Iraq, and returns with undiagnosed PTSD and a prescription for Oxycontin. The young couple soon go from pills to heroin, and he turns to robbing banks to pay their debts and feed their habit.

The Russos were drawn to Walker’s story, which takes place in their own hometown in Ohio, and after reading the book, they spoke more in depth with Walker through limited phone calls during the end of his prison sentence.

This film was announced back during the 2019 Russo Bros. Comic-Con panel, and the directors were really excited about it, saying that Holland is really incredible in the role. This will be a big transition for the Spider-Man actor, and it will be exciting to see.