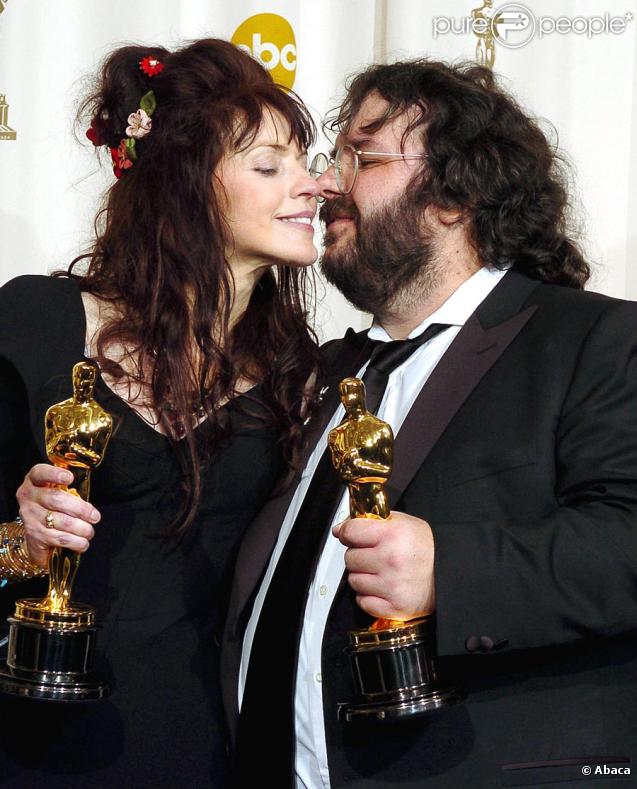 “I can legitimately say right now that the third film doesn’t exist,” she stressed before the questions started rolling in. “Pete’s cutting it. As an entity, it’s coming together. Actually that’s not true - we have a rough assembly, so to speak, of the shape of the film and the performances. I am excited, because one of the storylines I care a lot about is the Thorin one."

Of course, The Desolation Of Smaug's cliffhanger ending left the leader of the Company of Dwarves in a state of increasing agitation, with the pressures of his quest and that massive great dragon hellbent on flaming destruction weighing heavily. And Boyens isn’t promising plain-sailing for the pint-sized royal anytime soon. “Richard Armitage is extraordinary, as Thorin descends into madness,” she said of The Hobbit: There And Back Again’s dwarfish denouement.

Asked about the reasons for that Lake-town cliffhanger, Boyens explained that as a “natural break” in the story it was “the most obvious place to end the second film”. She added: “It felt so natural that I got a shock when the audience got a shock! If you can imagine what transpires next and what’s coming, it’s quite a huge chunk of storytelling. Not only that, but you enter into the tone of the third film, which is very definitely - as is the book, by the way - moving towards the world of Middle-earth as it becomes in Lord Of The Rings. Some dark stuff goes on.”

And what of the dwarves' decision to make that most elementary of movie errors: splitting up? “We made that decision [so we would] experience the attack on Lake-town through the eyes of people we've come a long way with,” she said. “We wanted some of the dwarves to understand what happened in that firestorm, that holocaust that rains down upon Lake-town. Bofur (James Nesbitt) comes more into his own in the third film. A rift begins to open up. And I can’t say much more without going into spoilers for film three, but it’s primarily because we needed him to be there when the dragon attacks."
Hacer clic para expandir...

Yesterday's Enya tweet was just passing a link along. No hints, no tricks–hence my copious hashtag disclaimers. #likethis In reality, it's very unlikely there's been serious movement on any #TABA song(s) at this point. Postprod is months away. Shore's score won't even begin forming up for a while yet. Hang tight! #hobbit
Hacer clic para expandir...

Shore's score won't even begin forming up for a while yet.
Hacer clic para expandir...

Shore's score won't even begin forming up for a while yet.
Hacer clic para expandir...