The Case Against Donald Trump
BY THE EDITORIAL BOARD

Mr. Trump’s ruinous tenure already has gravely damaged the United States at home and around the world. He has abused the power of his office and denied the legitimacy of his political opponents, shattering the norms that have bound the nation together for generations. He has subsumed the public interest to the profitability of his business and political interests. He has shown a breathtaking disregard for the lives and liberties of Americans. He is a man unworthy of the office he holds.

The editorial board does not lightly indict a duly elected president. During Mr. Trump’s term, we have called out his racism and his xenophobia. We have critiqued his vandalism of the postwar consensus, a system of alliances and relationships around the globe that cost a great many lives to establish and maintain. We have, again and again, deplored his divisive rhetoric and his malicious attacks on fellow Americans. Yet when the Senate refused to convict the president for obvious abuses of power and obstruction, we counseled his political opponents to focus their outrage on defeating him at the ballot box.

Nov. 3 can be a turning point. This is an election about the country’s future, and what path its citizens wish to choose.

The resilience of American democracy has been sorely tested by Mr. Trump’s first term. Four more years would be worse.

But even as Americans wait to vote in lines that stretch for blocks through their towns and cities, Mr. Trump is engaged in a full-throated assault on the integrity of that essential democratic process. Breaking with all of his modern predecessors, he has refused to commit to a peaceful transfer of power, suggesting that his victory is the only legitimate outcome, and that if he does not win, he is ready to contest the judgment of the American people in the courts or even on the streets.

The enormity and variety of Mr.Trump’s misdeeds can feel overwhelming. Repetition has dulled the sense of outrage, and the accumulation of new outrages leaves little time to dwell on the particulars. This is the moment when Americans must recover that sense of outrage.

It is the purpose of this special section of the Sunday Review to remind readers why Mr. Trump is unfit to lead the nation. It includes a series of essays focused on the Trump administration’s rampant corruption, celebrations of violence, gross negligence with the public’s health and incompetent statecraft. A selection of iconic images highlights the president’s record on issues like climate, immigration, women’s rights and race. And alongside our judgment of Mr. Trump, we are publishing, in their own words, the damning judgments of men and women who had served in his administration.

The urgency of these essays speaks for itself. The repudiation of Mr. Trump is the first step in repairing the damage he has done. But even as we write these words, Mr. Trump is salting the field — and even if he loses, reconstruction will require many years and tears.

Mr. Trump stands without any real rivals as the worst American president in modern history. In 2016, his bitter account of the nation’s ailments struck a chord with many voters. But the lesson of the last four years is that he cannot solve the nation’s pressing problems because he is the nation’s most pressing problem.

He is a racist demagogue presiding over an increasingly diverse country; an isolationist in an interconnected world; a showman forever boasting about things he has never done, and promising to do things he never will.

He has shown no aptitude for building, but he has managed to do a great deal of damage. He is just the man for knocking things down.

As the world runs out of time to confront climate change, Mr. Trump has denied the need for action, abandoned international cooperation and attacked efforts to limit emissions.

He has mounted a cruel crackdown on both legal and illegal immigration without proposing a sensible policy for determining who should be allowed to come to the United States.

Obsessed with reversing the achievements of his immediate predecessor, Barack Obama, he has sought to persuade both Congress and the courts to get rid of the Affordable Care Act without proposing any substitute policy to provide Americans with access to affordable health care. During the first three years of his administration, the number of Americans without health insurance increased by 2.3 million — a number that has surely grown again as millions of Americans have lost their jobs this year.

He campaigned as a champion of ordinary workers, but he has governed on behalf of the wealthy. He promised an increase in the federal minimum wage and fresh investment in infrastructure; he delivered a round of tax cuts that mostly benefited rich people. He has indiscriminately erased regulations, and answered the prayers of corporations by suspending enforcement of rules he could not easily erase. Under his leadership, the Consumer Financial Protection Bureau has stopped trying to protect consumers and the Environmental Protection Agency has stopped trying to protect the environment.

He has strained longstanding alliances while embracing dictators like North Korea’s Kim Jong-un and Russia’s Vladimir Putin, whom Mr. Trump treats with a degree of warmth and deference that defies explanation. He walked away from the Trans-Pacific Partnership, a strategic agreement among China’s neighbors intended to pressure China to conform to international standards. In its place, Mr. Trump has conducted a tit-for-tat trade war, imposing billions of dollars in tariffs — taxes that are actually paid by Americans — without extracting significant concessions from China.

Mr. Trump’s inadequacies as a leader have been on particularly painful display during the coronavirus pandemic. Instead of working to save lives, Mr. Trump has treated the pandemic as a public relations problem. He lied about the danger, challenged the expertise of public health officials and resisted the implementation of necessary precautions; he is still trying to force the resumption of economic activity without bringing the virus under control.

As the economy pancaked, he signed an initial round of aid for Americans who lost their jobs. Then the stock market rebounded and, even though millions remained out of work, Mr. Trump lost interest in their plight.

In September, he declared that the virus “affects virtually nobody” the day before the death toll from the disease in the United States topped 200,000.
Nine days later, Mr. Trump fell ill.

The foundations of American civil society were crumbling before Mr. Trump rode down the escalator of Trump Tower in June 2015 to announce his presidential campaign. But he has intensified the worst tendencies in American politics: Under his leadership, the nation has grown more polarized, more paranoid and meaner.

He has pitted Americans against each other, mastering new broadcast media like Twitter and Facebook to rally his supporters around a virtual bonfire of grievances and to flood the public square with lies, disinformation and propaganda. He is relentless in his denigration of opponents and reluctant to condemn violence by those he regards as allies. At the first presidential debate in September, Mr. Trump was asked to condemn white supremacists. He responded by instructing one violent gang, the Proud Boys, to “stand back and stand by.”

He has undermined faith in government as a vehicle for mediating differences and arriving at compromises. He demands absolute loyalty from government officials, without regard to the public interest. He is openly contemptuous of expertise.

And he has mounted an assault on the rule of law, wielding his authority as an instrument to secure his own power and to punish political opponents. In June, his administration tear-gassed and cleared peaceful protesters from a street in front of the White House so Mr. Trump could pose with a book he does not read in front of a church he does not attend.

The full scope of his misconduct may take decades to come to light. But what is already known is sufficiently shocking:

He has resisted lawful oversight by the other branches of the federal government. The administration routinely defies court orders, and Mr. Trump has repeatedly directed administration officials not to testify before Congress or to provide documents, notably including Mr. Trump’s tax returns.

With the help of Attorney General William Barr, he has shielded loyal aides from justice. In May, the Justice Department said it would drop the prosecution of Mr. Trump’s former national security adviser Michael Flynn even though Mr. Flynn had pleaded guilty to lying to the F.B.I. In July, Mr. Trump commuted the sentence of another former aide, Roger Stone, who was convicted of obstructing a federal investigation of Mr. Trump’s 2016 election campaign. Senator Mitt Romney, Republican of Utah, rightly condemned the commutation as an act of “unprecedented, historic corruption.”

Last year, Mr. Trump pressured the Ukrainian government to announce an investigation of his main political rival, Joe Biden, and then directed administration officials to obstruct a congressional inquiry of his actions. In December 2019, the House of Representatives voted to impeach Mr. Trump for high crimes and misdemeanors. But Senate Republicans, excepting Mr. Romney, voted to acquit the president, ignoring Mr. Trump’s corruption to press ahead with the project of filling the benches of the federal judiciary with young, conservative lawyers as a firewall against majority rule.

Now, with other Republican leaders, Mr. Trump is mounting an aggressive campaign to reduce the number of Americans who vote and the number of ballots that are counted.

The president, who has long spread baseless charges of widespread voter fraud, has intensified his rhetorical attacks in recent months, especially on ballots submitted by mail. “The Nov 3rd Election result may NEVER BE ACCURATELY DETERMINED,” he tweeted. The president himself has voted by mail, and there is no evidence to support his claims. But the disinformation campaign serves as a rationale for purging voter rolls, closing polling places, tossing absentee ballots and otherwise impeding Americans from exercising the right to vote.

It is an intolerable assault on the very foundations of the American experiment in government by the people.

Other modern presidents have behaved illegally or made catastrophic decisions. Richard Nixon used the power of the state against his political opponents. Ronald Reagan ignored the spread of AIDS. Bill Clinton was impeached for lying and obstruction of justice. George W. Bush took the nation to war under false pretenses.

Mr. Trump has outstripped decades of presidential wrongdoing in a single term.

Frederick Douglass lamented during another of the nation’s dark hours, the presidency of Andrew Johnson, “We ought to have our government so shaped that even when in the hands of a bad man, we shall be safe.” But that is not the nature of our democracy. The implicit optimism of American democracy is that the health of the Republic rests on the judgment of the electorate and the integrity of those voters choose.

Mr. Trump is a man of no integrity. He has repeatedly violated his oath to preserve, protect and defend the Constitution of the United States.

Now, in this moment of peril, it falls to the American people — even those who would prefer a Republican president — to preserve, protect and defend the United States by voting. 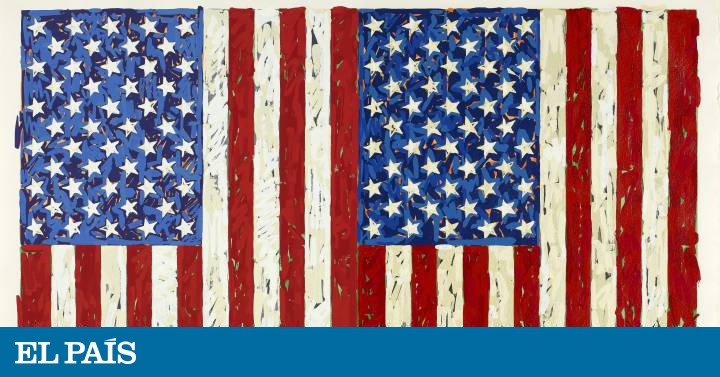 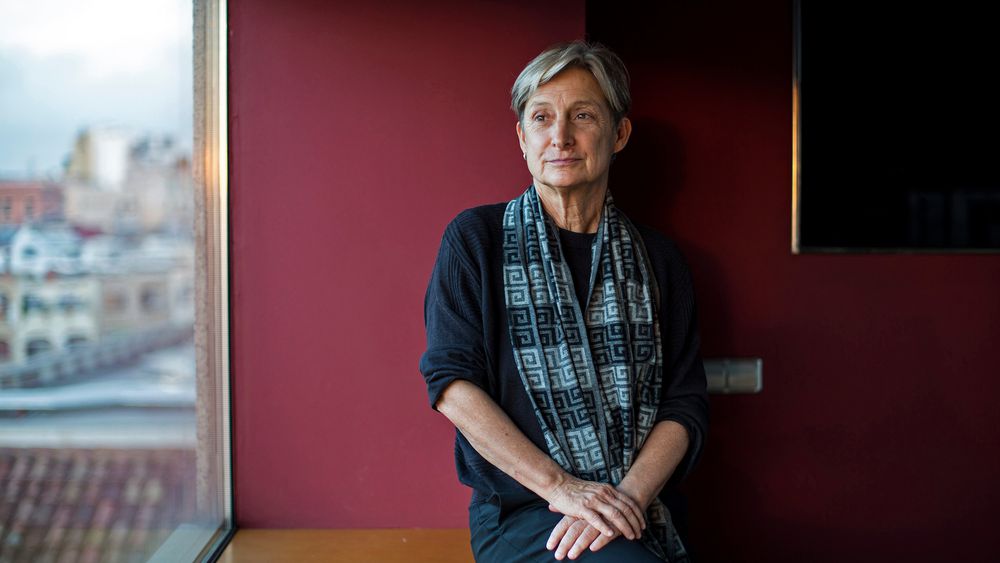 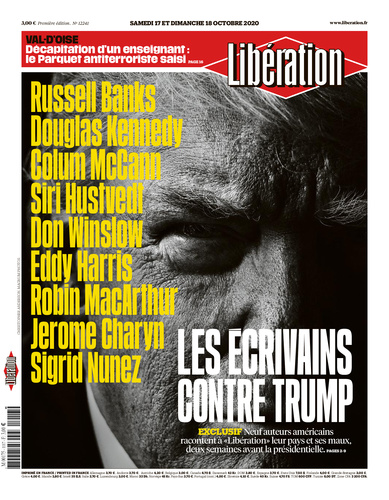