Re: [US] Terminator (nuevas ediciones) 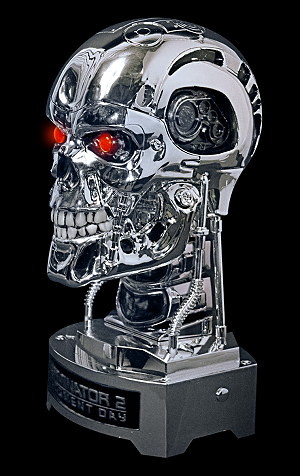 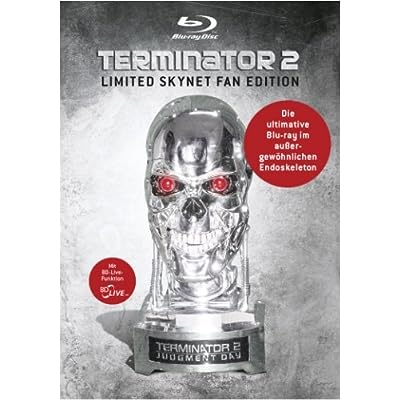 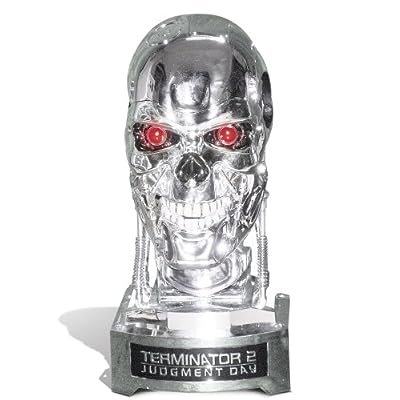 Lionsgate Films Lionsgate Home Entertainment has announced that they will release 'Terminator 2: Judgment Day - Skynet Edition' to Blu-ray on May 12th. Additionally, Lionsgate will release the 'Limted Edition T2 Complete Collector's Set', a six disc set which will feature the Blu-ray release of the film along with Extreme Edition DVD and Ultimate Edition DVD versions of the film and a digital copy.

Technical specs have not been detailed at this time, though you can expect the typical 1080p AVC and DTS-HD Master Audio soundtrack. Extras, which span over eight hours, include quizzes, games, featurettes, and more.
Hacer clic para expandir...

Yo he flipado con los menus The studio has now unleashed final specs, which will see "multiple THX-certified high-def versions of the film" on a single BD-50 dual-layer disc, presented in 1080p video (2.35:1) and remastered English DTS-HD Lossless Master Audio 6.1 Surround. (At press time, we are still awaiting confirmation of which versions of the film will be included.)

Extras ported over from previous DVD editions of 'T2' include a pair of audio commentaries, the first with over 26 cast & crew members, the second with Cameron and screenwriter William Wisher.

New to the Blu-ray version is a picture-in-picture track with behind-the-scenes video, text commentaries and multimedia galleries; a storyboard-and-script mode (allowing you to view storyboards and read the script while watching the film), and interactive quizzes and games. The disc will also come D-Box-enhanced and BD-Live-enabled, with additional downloadable content promised, including more games and other features (TBA).

Lionsgate will also bundle the 'Terminator 2: Skynet Edition' in the 'Limited Edition Terminator 2 Complete Collector's Set,' a six-disc set which also throws in the previous 'Ultimate Edition' and 'Extreme Edition' DVD two-disc versions, plus a sixth disc with a Digital Copy of the film. Street date is also May 19.

As previously announced, suggested retail price for the 'Terminator 2: Skynet Edition' Blu-ray has been set at $29.99, with the 'Limited Edition Terminator 2 Complete Collector's Set' going for $174.99.
Hacer clic para expandir...